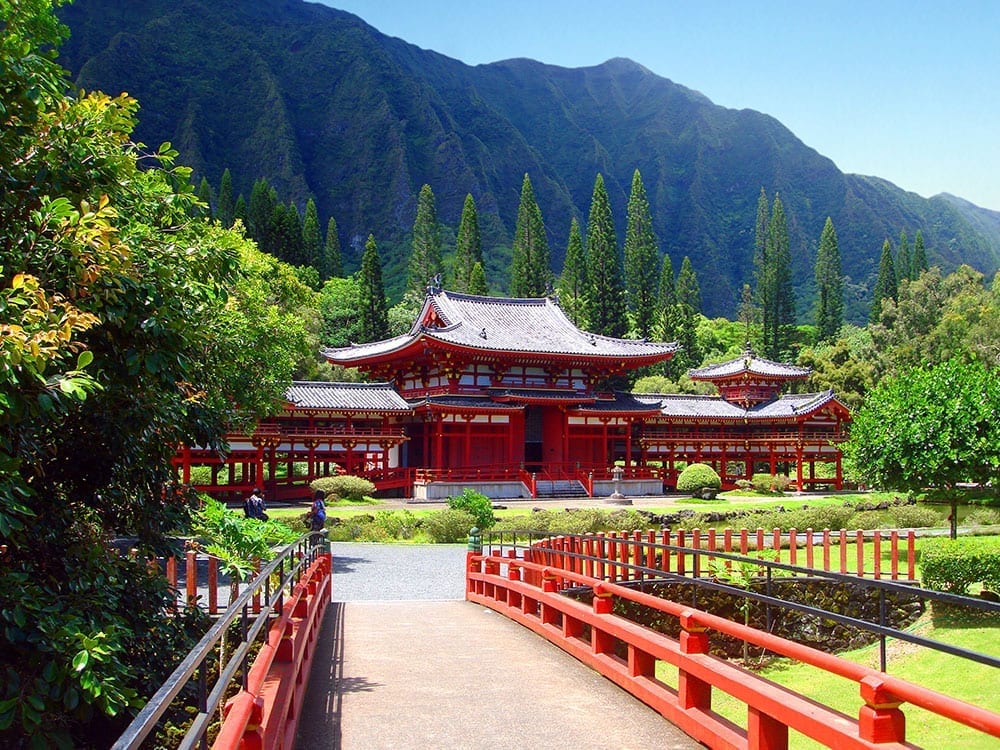 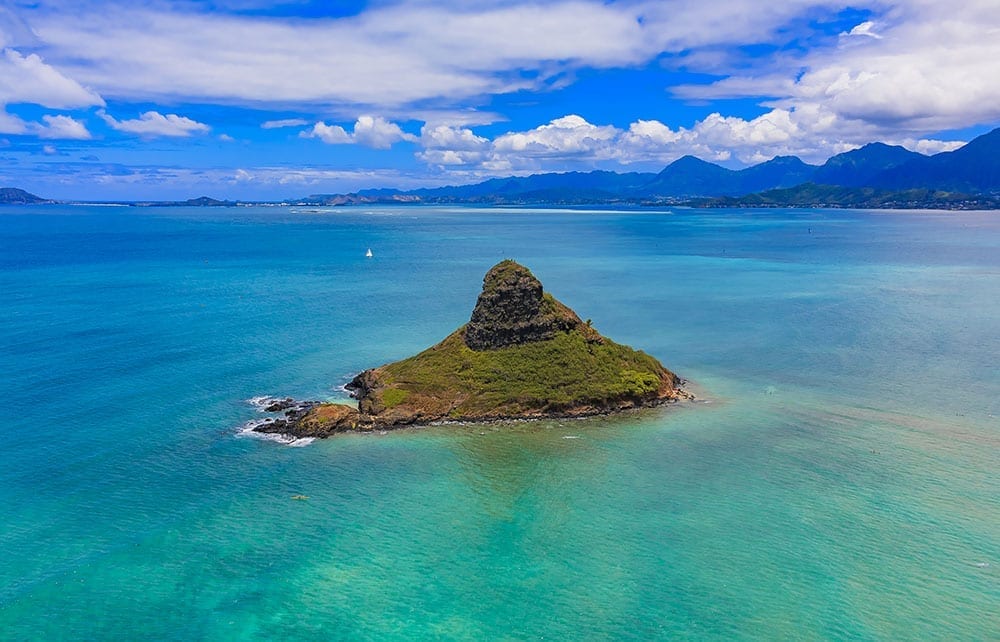 Visit Oahu’s Most Scenic & Cultural Sights on the Oahu Grand Circle Island Tour! This tour is the most enjoyable and informative way to see the beauties of the entire island in a single day. This exciting 120-mile excursion includes the key sites of Hawaii’s most visited island. Your professional driver-guide will meet you in Waikiki in a deluxe tour vehicle and share the many natural and cultural landmarks of Oahu. From the South Shore with far reaching views of the Pacific Ocean to the windward coastline surrounded by the towering Ko’olau Mountain Range, then onward to the famous North Shore where waves pound pristine white sandy beaches, and back to Honolulu.

Take it all in during this one-of-a-kind tour. A great way to learn the history & culture of the island & take in all the stunning views Oahu has to offer!

Leave a review or ask a question... Cancel reply

Kauai’s Most Popular Activities » See what other visitors have recently booked: 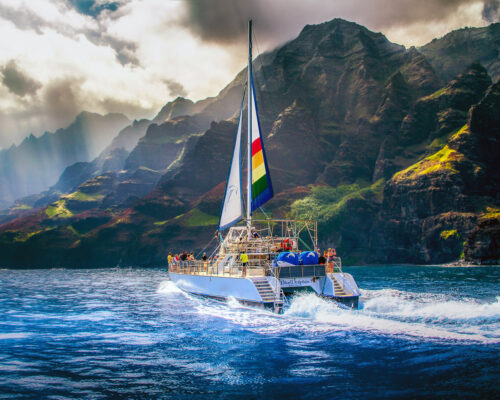 Save
$15
Blue Dolphin Napali Sunset Dinner Cruise
priced from: $150
In the evening light the Napali Coast is unforgettable therefore can only be matched by an amazing sunset at sea. There is no better way to see this great display of nature’s beauty, than relaxing on this Napali sunset dinner cruise.
View This Tour 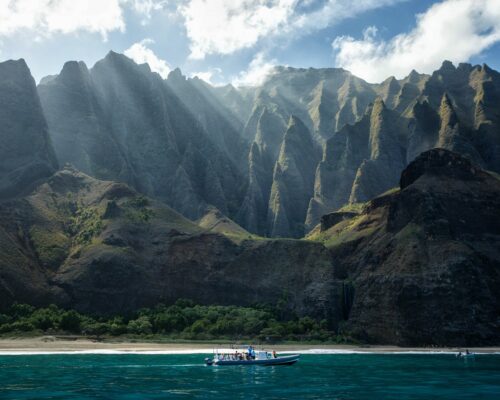 Save
$20
North Shore Holo Holo Charters Napali Snorkel Adventure
priced from: $295
This exclusive north shore Napali snorkel tour begins the moment you arrive at Hanalei Bay. When the spectacular Napali Coast comes into view you will see why its dramatic cliffs and beaches have enchanted painters, authors and travelers for centuries... and you're just getting started!
View This Tour 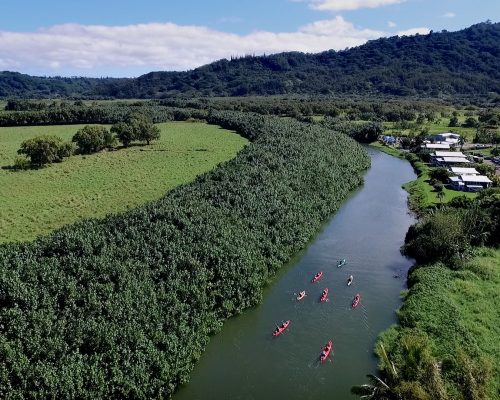 Save
$15
Kayak Hanalei Bay Explorer ~ Morning
priced from: $114
Kayak Hanalei's Hawaiian family takes great pride in sharing Hanalei’s rich history and culture with you. This ocean-river combo tour will take you to a hidden beach to snorkel in the clear blue Pacific among our abundant marine life.
View This Tour 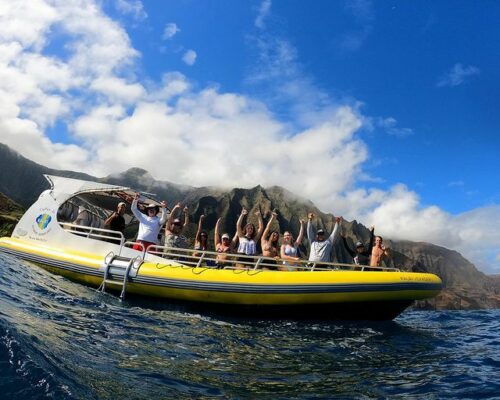 Save
$12
Luxury Napali Coast Raft Tour
priced from: $177
Enjoy individual seating and comfort comparable to a larger catamaran while also experiencing the maneuverability and speed required to access the Na Pali’s smaller sea caves and waterfalls.
View This Tour 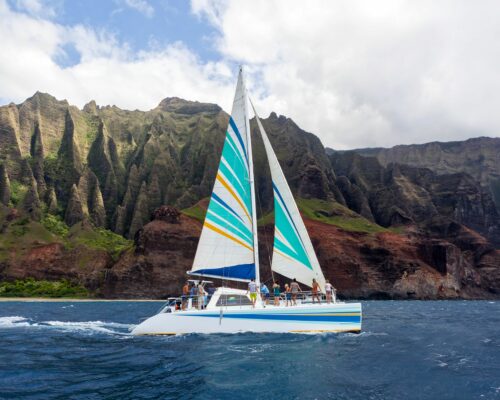 Save
$18
Holo Holo Charters Leila Napali Sunset Sail
priced from: $162
Watch the colors of the coastline change as the sun sinks into the ocean; it’s truly gorgeous. Make sure you bring your camera on this spectacular Napali coast sunset dinner sail & sightseeing tour.
View This Tour 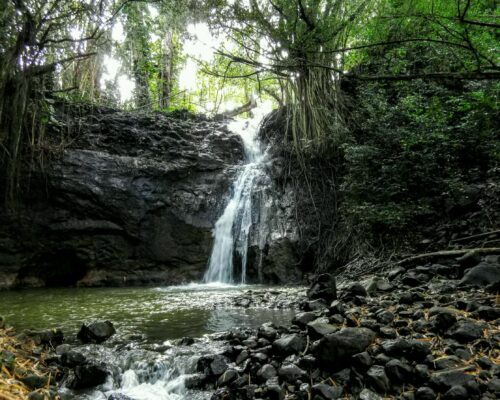 Save
$16
Kipu Ranch Waterfalls ATV Tour
priced from: $171
This is the favorite for those who like to swim in secluded waterfalls. You will see some of Kauai's movie locations, beautiful views, Hawaiian wildlife and historical sites.
View This Tour 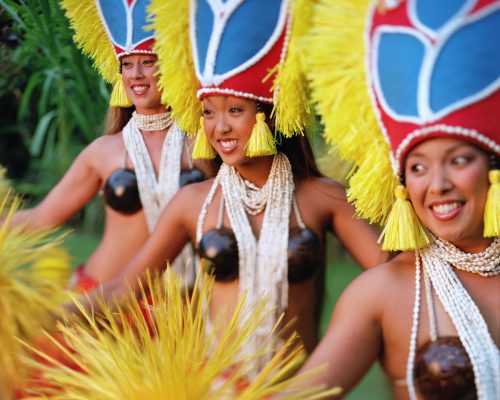 Smith’s Family Garden Luau
priced from: $140
The torches are lit, the night is filled with music, and family members gather to bring you a casual, relaxing and romantic dining experience that starts off with the Imu Ceremony - the unearthing...
View This Tour 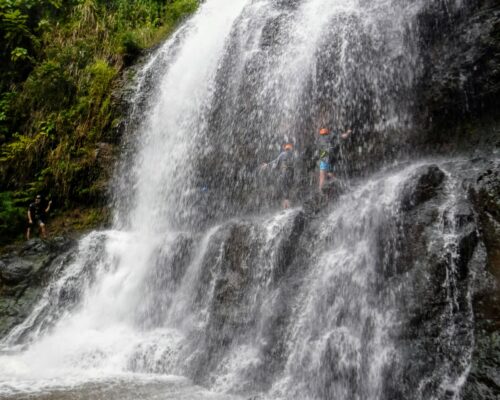 Kauai Waterfall Hike & Swim Adventure
priced from: $89
Join us for an epic waterfall hike! This is a guided tour taking place on private property that overlooks the Hule’ia watershed and Ha’upu Mountain range and has two secret waterfalls.
View This Tour

Get Kauai Info and Updates!